Johan Berggren Gallery is pleased to announce the solo exhibition of Canadian artist Allison Katz (b. 1980). The Parts consists of paintings on canvas, ceramic plates and a series of posters, reflecting both the artist’s commitment to painting and her distance from its prevailing conventions. Taking as their starting point the oppositions that have categorized the discourse of painting – illusionism vs. decoration, expression vs. manner, abstraction vs. figuration – her work addresses these contradictions by embracing and internalizing them.

The exhibition draws its title from Keith Ridgway’s 2003 novel The Parts, a black comedy written in six separate voices. Like the novel, Katz’s presentation is polyphonic, united by crossing paths and formal correspondences. Motifs wander from one piece to another as well as reappear slightly altered. Glazed plates repeat imagery from the paintings or vice versa. Each piece has imitated, distorted or intensified its source in a process that constantly recalibrates the distance between the original and the copy.

The Parts alludes not only to a straightforward refusal of a single conclusion but also points to a number of roles in a play. Katz views the act of representation as a kind of masquerade. She approaches her subjects as a ventriloquist makes use of a dummy. Black pears, silhouettes, roosters, and clocks have all appeared in her recent exhibitions and are props in a performance characterized by improvisation and jeu d’esprit.

Katz’s work catalogs a range of expressive possibilities and a repertoire of effects. Imagery runs from the mundane to the monumental. Frequently modifying her material and technique, she renders surfaces variously matte or glossy, flat or densely textured. The results shift from playful to analytical, from coy to impudent. Through such shifts in tenor, Katz describes the perimeters of contemporary painting.

Allison Katz obtained her MFA in 2008 from Columbia University in New York, where she is now based. Recent exhibitions include To the People of Montreal with Alex Kwartler at Battat Contemporary, Montreal, Canada; paintings for the performance The 144th Collapse of the Double Life Flexing Surfaceby Tai Shani at the Tate Britain in London and Le Tit. at Rachel Uffner Gallery, New York. Upcoming presentations include the group show Channeling the New Image at Friedrich Petzel Gallery, New York. 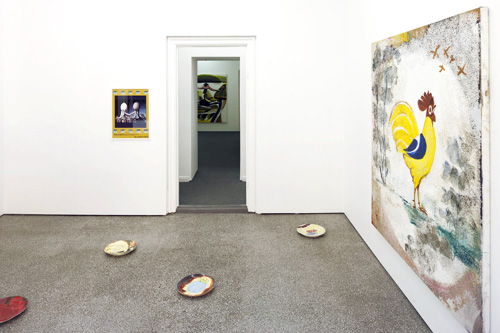 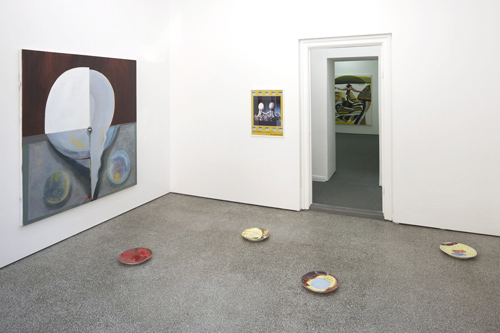 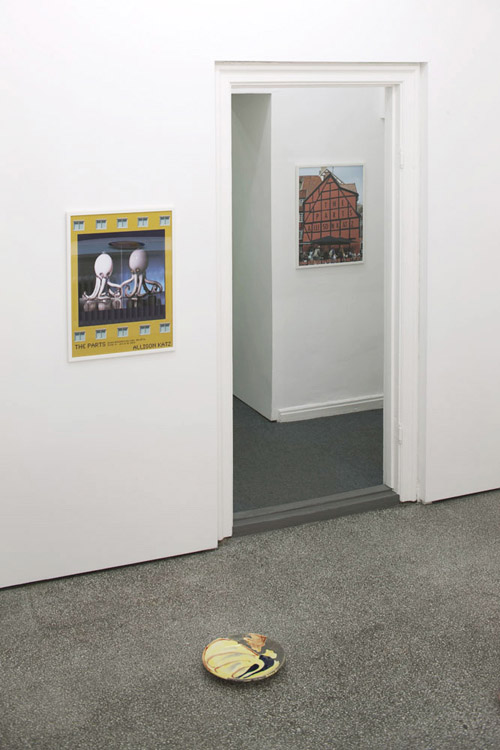 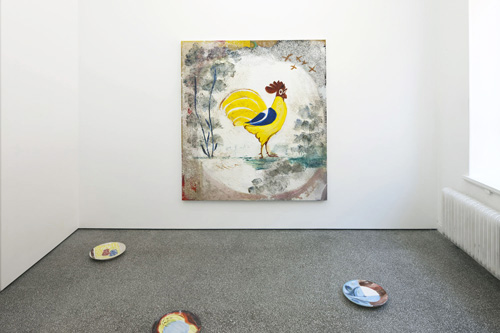 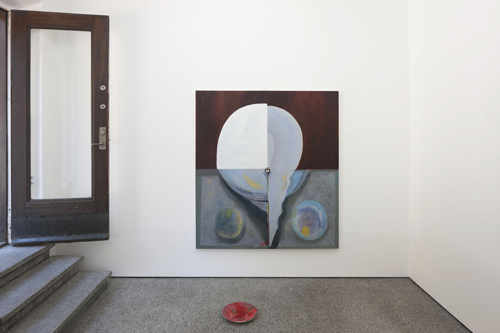 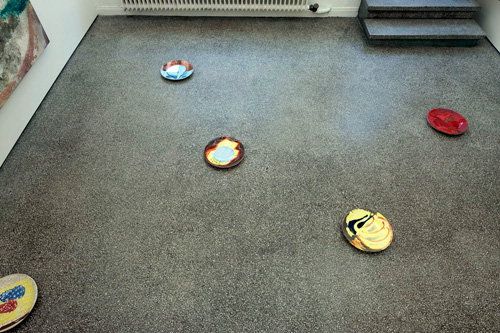 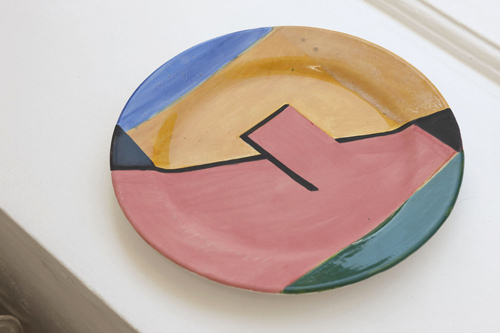 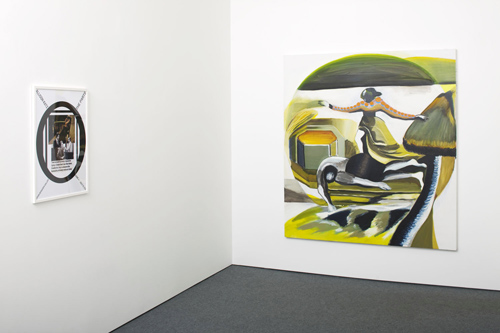 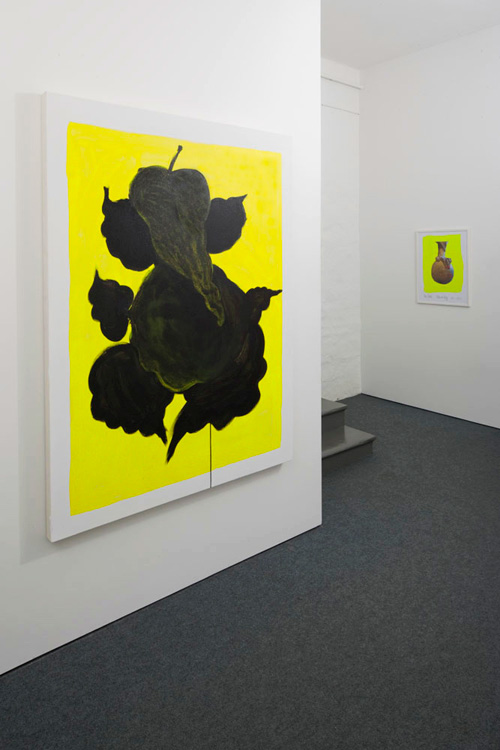 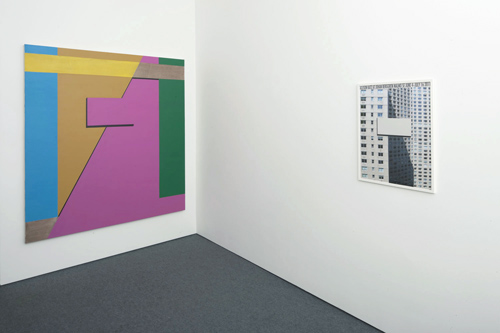 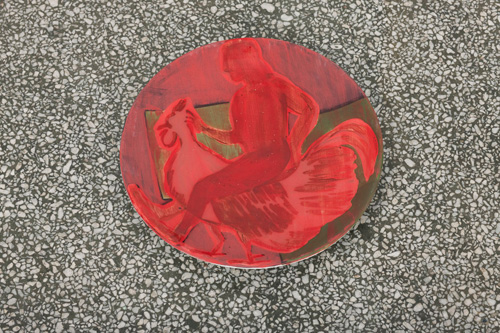 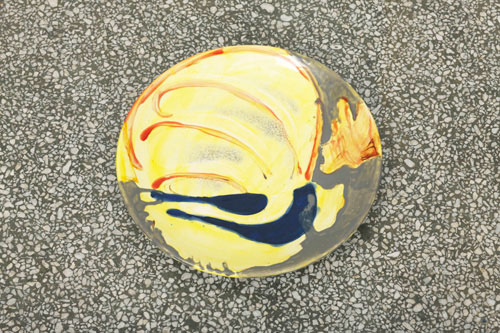 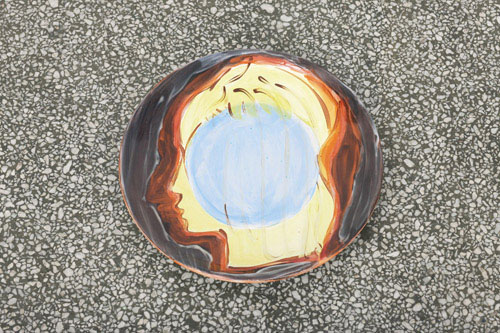 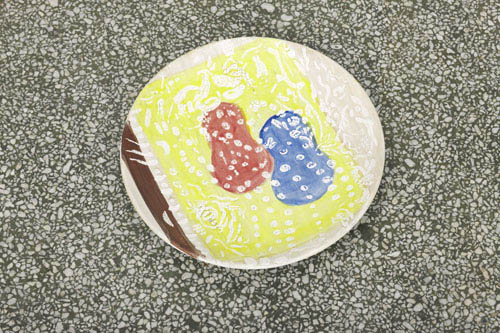 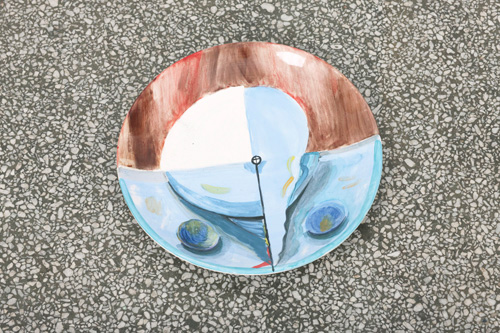 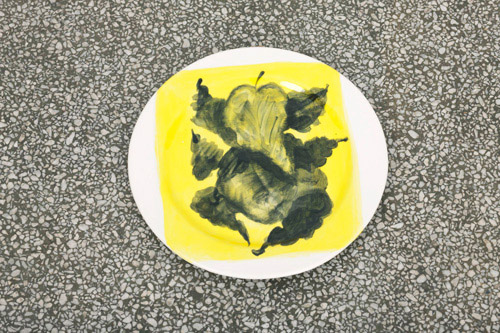 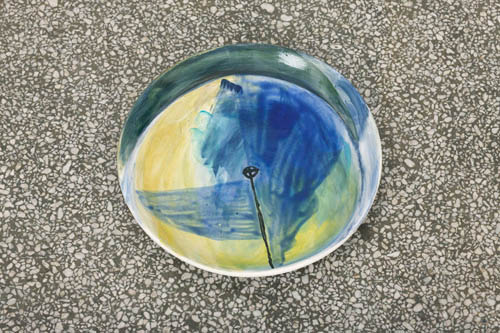 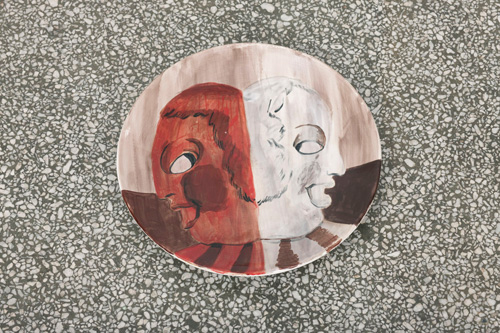 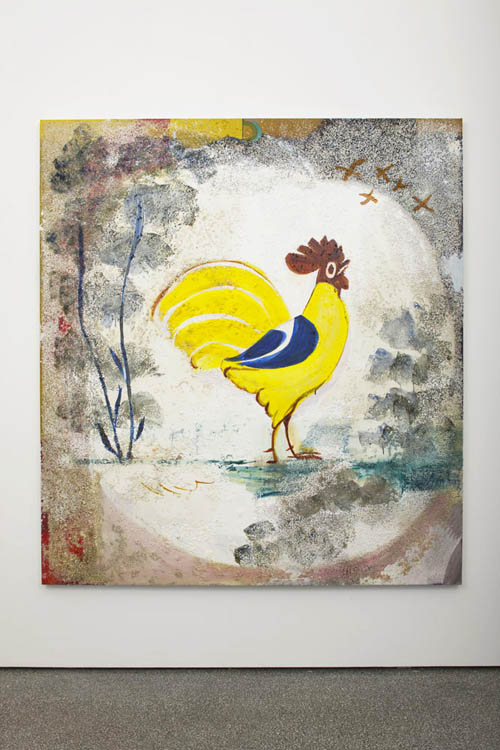 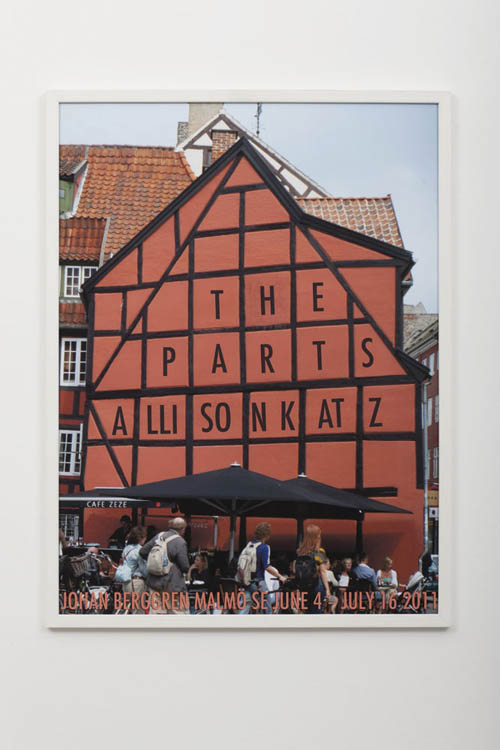 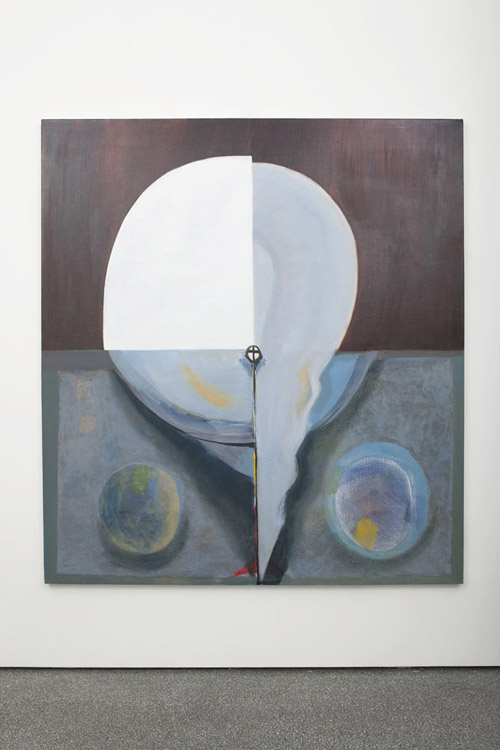 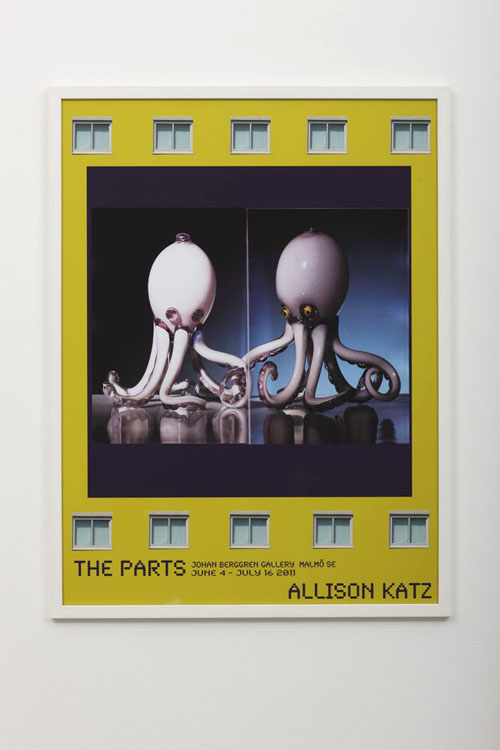 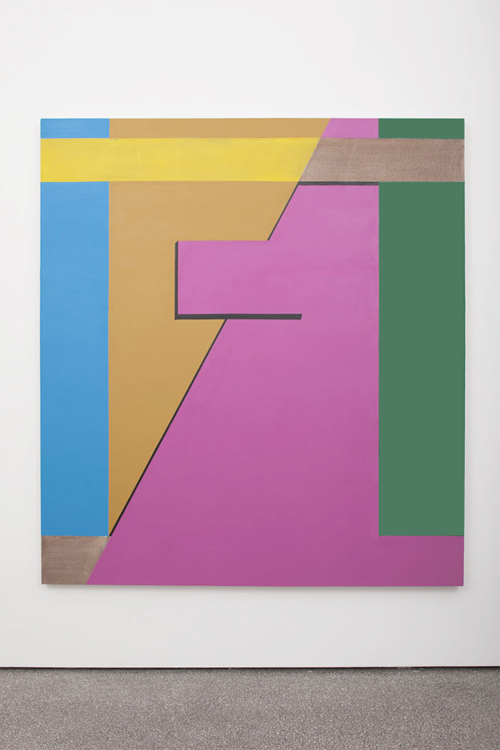 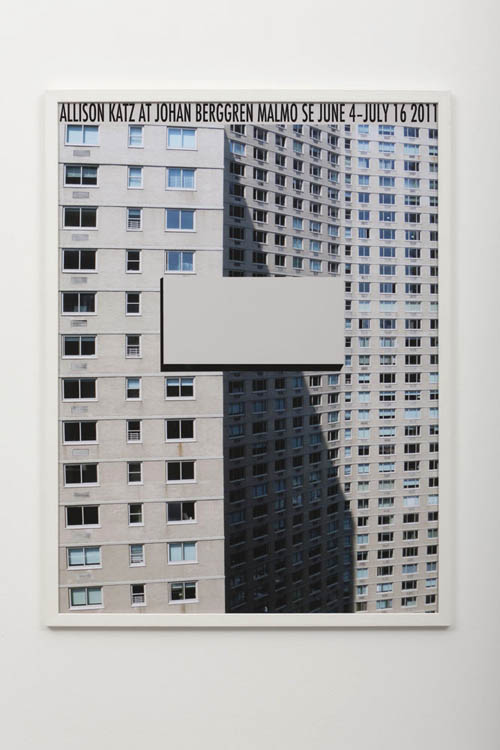 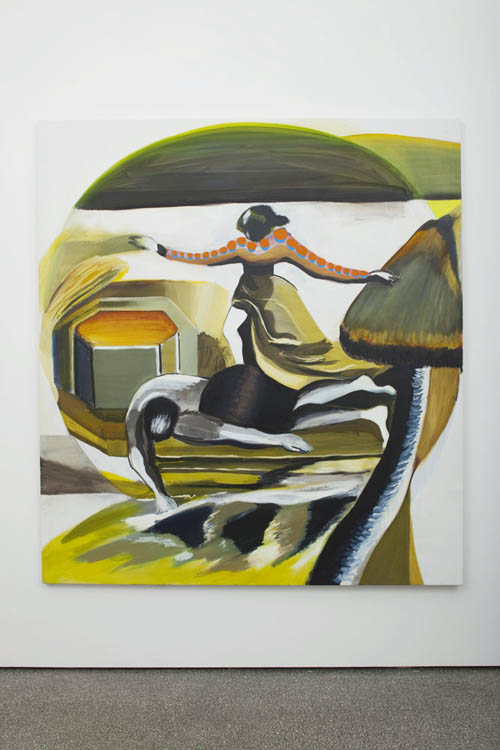 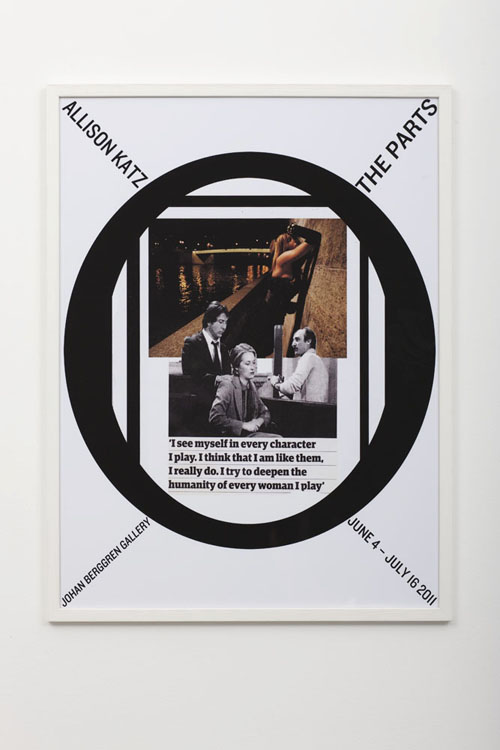 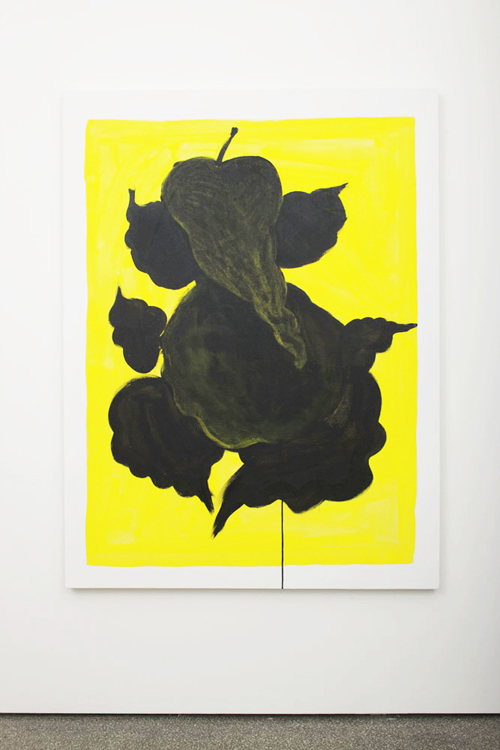 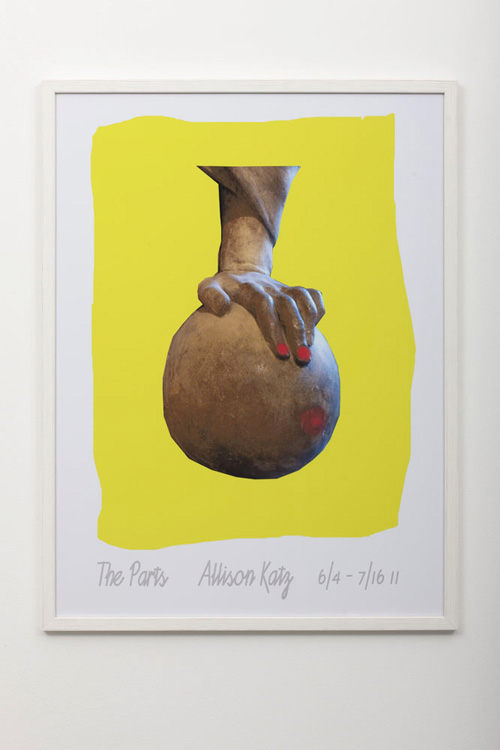