“I would prefer not to,” originally uttered by Bartleby in Herman Melville’s Bartleby, The Scrivener, has become a somewhat emblematic mantra for certain contemporary artists and thinkers in recent years. A cognitive rifuto del lavoro, or withdrawal, from the demands that our creative faculties are subjected to in post-Fordist society. In Ståle Vold’s case, this renunciation is stated in terms far more marked by a certain necessity and an unavoidable, inevitable command from the medium, reservoirs, or genericity of painting itself.

“I could not go on, I could not go on,” is what Vold will keep telling you if asked why he all of a sudden stopped painting sometime towards the closing of the 1980s. Throughout the decade of a much discussed “return to painting” Ståle Vold had in fact established him self with a considerable career as a painter. But he more or less abandoned it completely, as if by a total and absolute exigency. While one might be tempted to turn to certain psychological models to explain Vold’s self-imposed silence as an artist, it will prove far more rewarding to look to the artist’s finely tuned sensibility to the substances of painting itself. That is: its equilibriums, inactivities, hemostases—and perhaps even its caesuras—and furthermore its material-semiotic struggles to regain composure.

What about this stillness of production that has preceded Vold’s own return to painting? Can it be characterized solely as absence, inactivity—an unilateral negativity of sorts? Could one perhaps argue that those years of painterly quietude also include its own unbound factures, like closed off, encapsulated monads—containing multiple potentialities that we just now are starting to glimpse manifestations of? Needless to say; these are glanced off, severed, detached chromatic fugues as well.

In a way, this could come to conceptualize what is (not) going on in the work of Vold. That this constitutive necessity (“I could not got on, I could not go on”) is actually an absolute, necessary contingency that predicates, in a fashion that somehow escapes cognition, the beingness of these paintings, as an effect that precedes their point of departure. The latter could very well be something that could have been different, an occurrence of something other than its consequence. A radicalization and preempting of, say, a Robert Morris’ “unclean” processualization of Minimalist form.

Why could this be so? At the heart of Vold’s practice there indeed is a contingency without reserve—the aleatory drained and exhausted towards its own outer edges. After preparing canvases, or rather a series of canvases, the artist attacks them with a singular stroke of paint by way of a broad spatula. Usually, the paint remaining on the spatula is subsequently applied on the adjacent canvas, or canvases, continuing—or rather dis-continuing as the movement of the spatula literally skips a spatial beat—a monadic gesture that traces its hitherto anonymous gradient.

Some of the canvases’ metaphorical or actual priming consists of abandoned paintings from Vold’s putative recesses. This disjunctive process constitutes a certain speculative space that these paintings spring forth from. Even when imbricated, and sometimes fully covered up, they vouch as material markers, knocks, or beats, from their new configuration as future materiality. As is also the case with the empty post-it notes that excludes succession. Sheer anteriority and disappearing posteriority. In this strange light these radically recent paintings maintain a certain tension, risk, and contingency, a recentness that may as well be an echo from these un-thought chambers, or monads, of brimming inactivity. If one ventures to speculate this movement both follows and overturns what Derrida sometimes referred to as the writing of reality. This necessary chance slippage of paint could very well turn out to be what one should conceptualize, in a non-standard (Laruelle) way, as unilateral sutures. 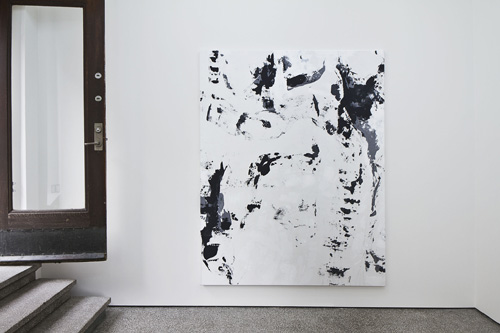 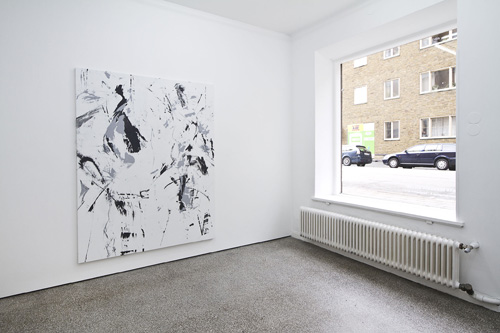 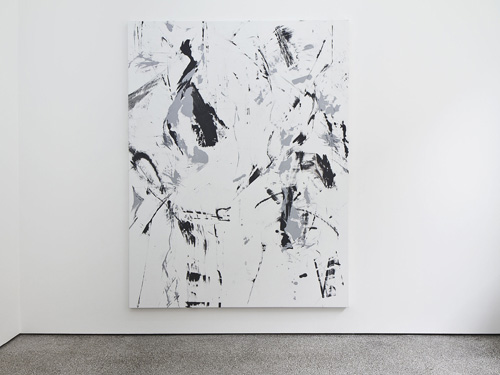 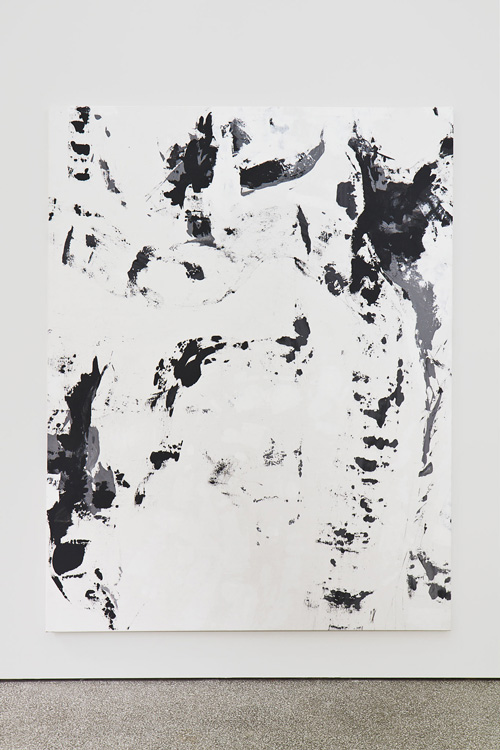 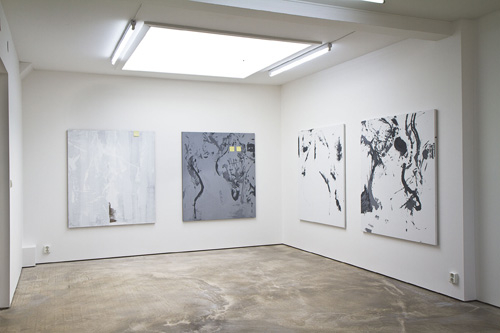 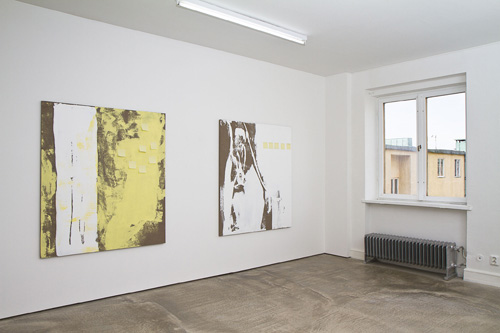 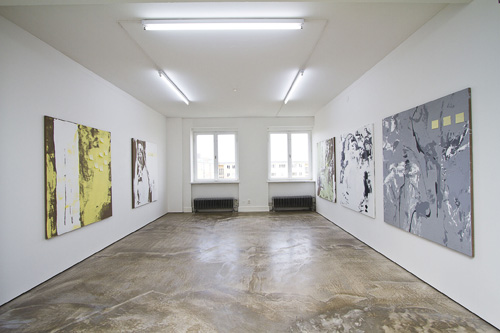 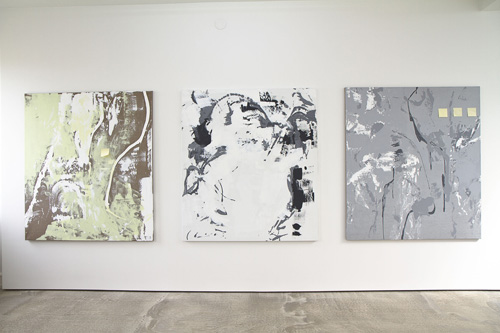 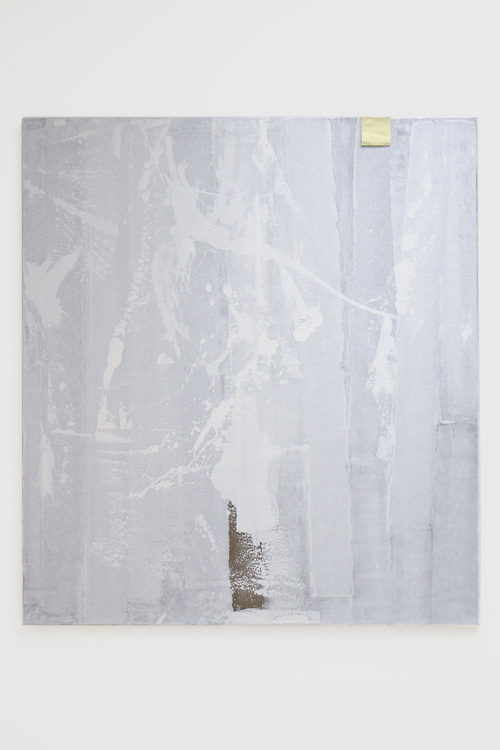 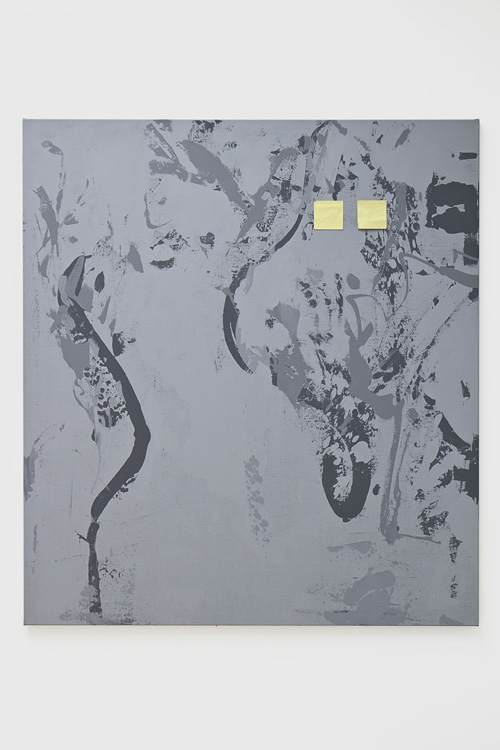 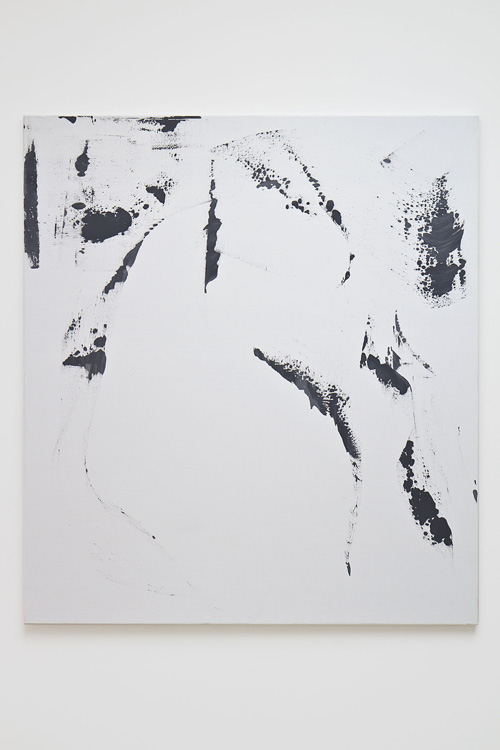 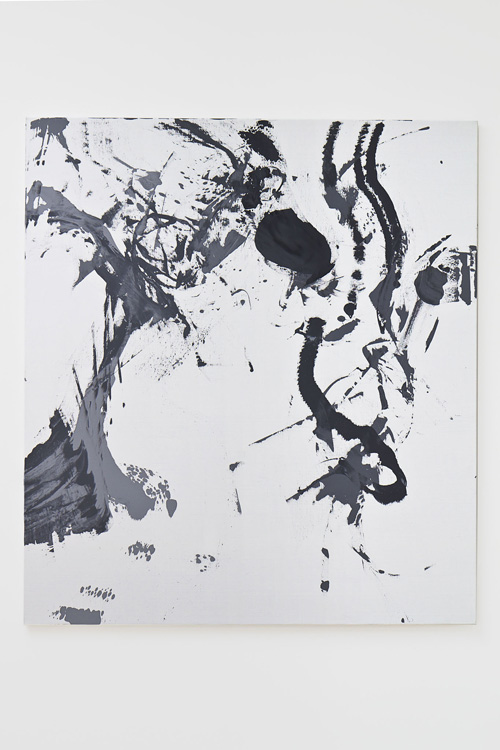 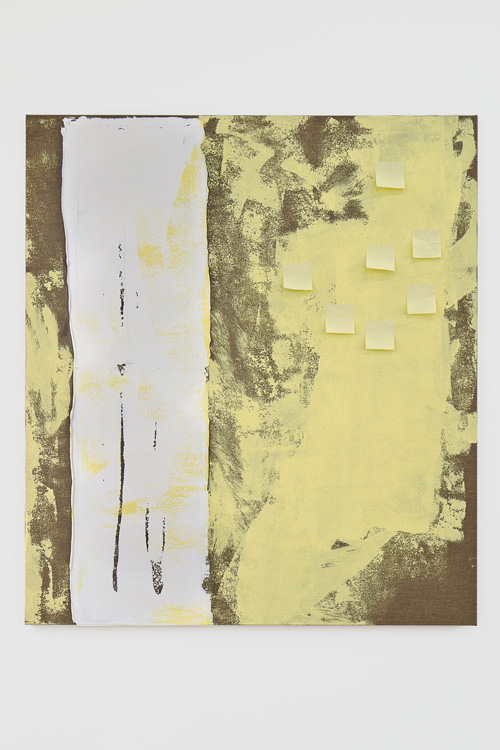 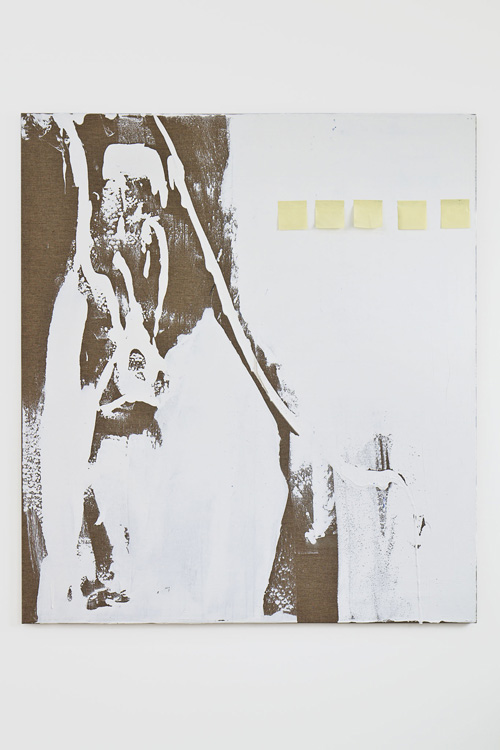 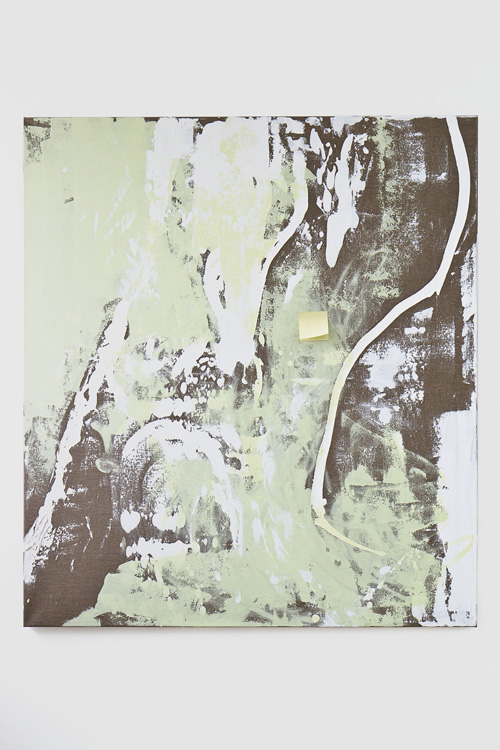 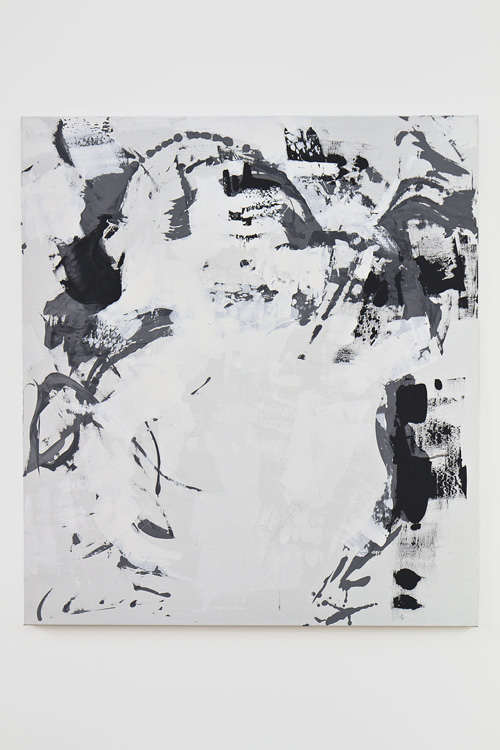 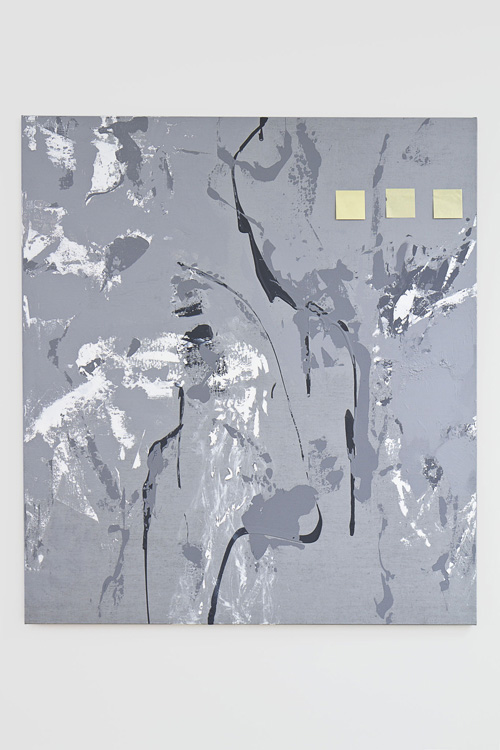