Virtuality as an outcome of human technologisation becomes, in a strongly future oriented and rationalized time, a controversial function, by evoking old conditions, beliefs and behaviours. The virtual imagery, linked to the fantasy and science fiction genres, steadily revert to scenarios of bygone eras as well as fusing and alienating symbols and signs of ancient cultures, myths and sagas.

Besides visualizing these scenarios, virtuality carries the potential to reanimate human behaviours and desires. Needs that stand contrary to a technical rationalism and are linked to a time before technologisation, when the impression of nature had an overwhelming effect on mankind that besides being sensually overwhelming, implicated something that went beyond the descriptive.

Virtual worlds often revisit and fetishize the imagery that was captured within the landscape paintings of the 19th century romanticism, including such props as meadows, forests, lakes, medieval cemeteries, old castles and ruins. The attempt to transfer the idea of the sublime, influenced by the romantic era, is made through an effect loaded visualization into the modern tools of technology,

After a long process of urbanization which meant an isolation from nature, it seems that man found, through technologisation and especially virtual scenarios, an artificial idyll – a place where falling into nostalgia and melancholia is desirable.

Veit Laurent Kurz`s current project displays a series of seven interface paintings that form an incomprehensible, technological grid that interacts with the comprehensible, tangible motif of nature – to create an idea of a possible landscape painting that finds its origin within these virtual environments. 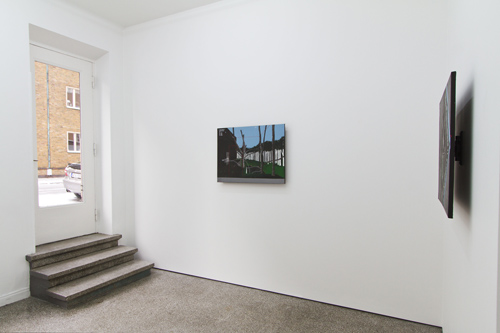 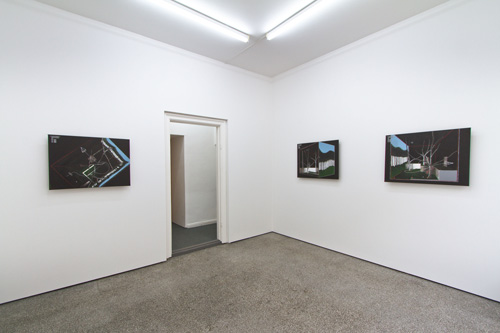 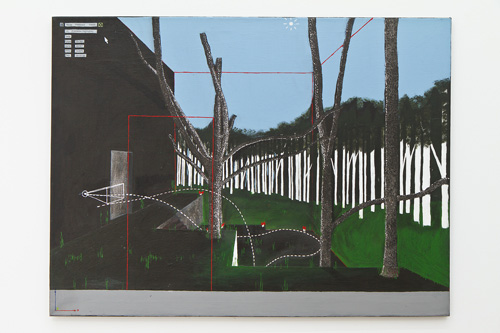 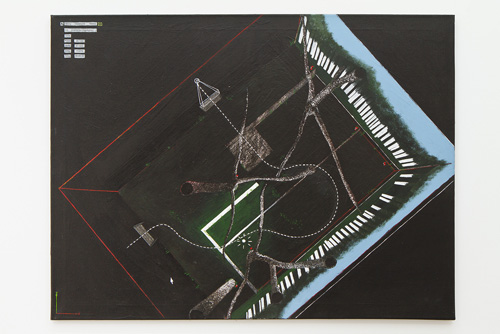 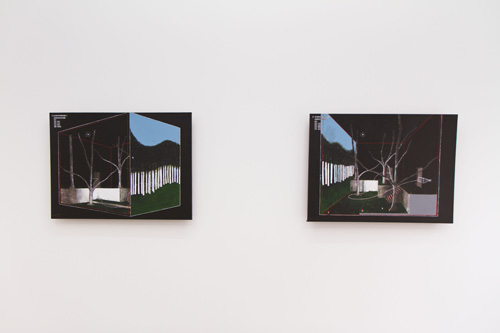 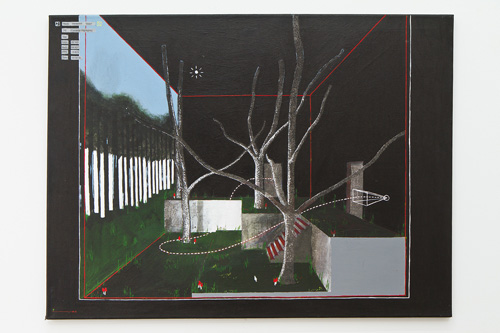 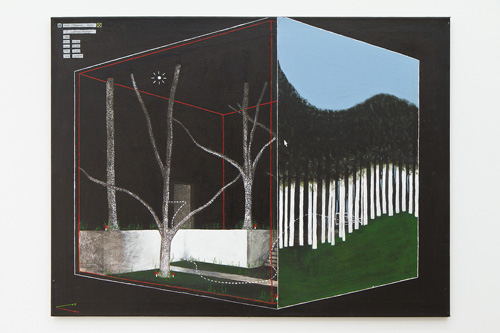 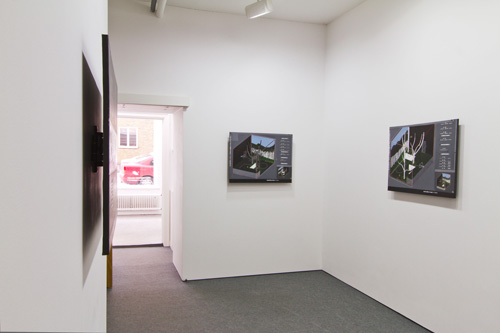 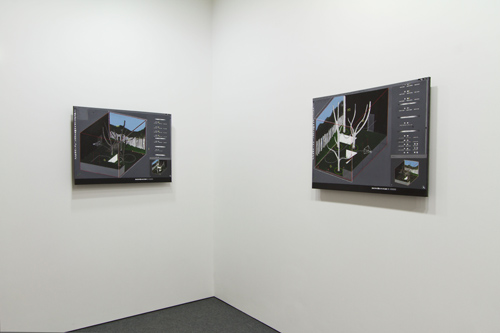 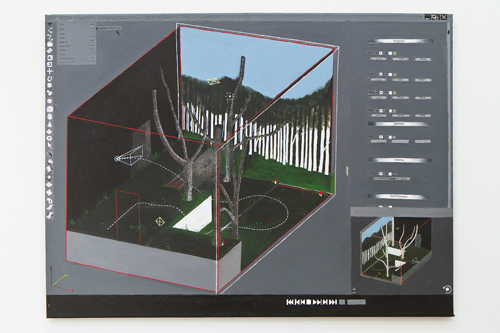 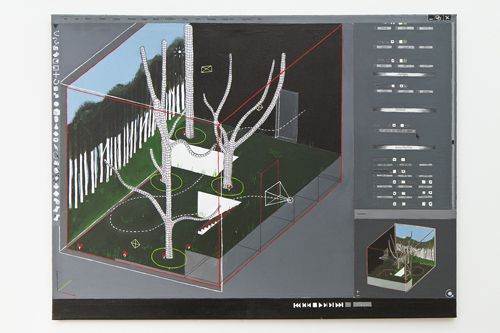 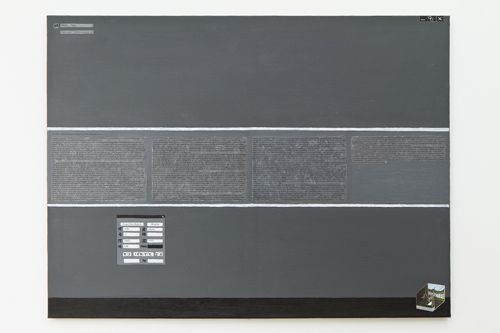